What can Better Call Saul tell us about the state of the UK criminal records system?

An exploration of the harsh reality of UK criminal records disclosure: blog post by JfKL's Alex Temple for OpenDemocracy.
23 Oct 2018 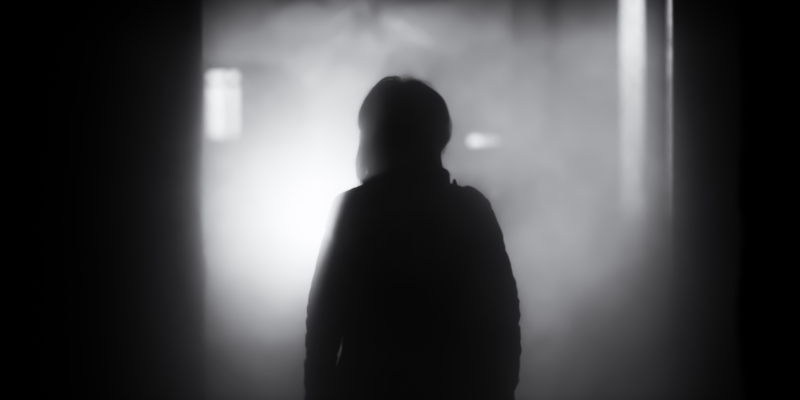 The finale of the fourth season of the AMC drama Better Call Saul aired last week. For those not in the know, Better Call Saul is the prequel series to the massively popular drama, Breaking Bad. It tells the origin story of Saul Goodman, then known as Jimmy McGill, a morally conflicted lawyer with a history of criminal offending and a complex relationship with his upstanding brother, Chuck.

Simmering beneath the surface of this story, for nearly 40 hours of programming, has been a debate about offending, rehabilitation and our perception of people who have offended. For a brief moment in last week’s finale this boiled over into full view as we met Kristy Esposito, a high school student who applies for a scholarship funded by Hamlin Hamlin McGill, the prestigious law firm where Jimmy’s brother practiced. Jimmy, for reasons that aren’t relevant here, is a panellist for the scholarship interviews.

We don’t see any of the interviews, but it is revealed after the fact that Kristy scored lowest, getting only one vote. Three other candidates are therefore picked to receive the scholarship. The chair of the meeting asks if there’s anything else before wrapping up and Jimmy clears his throat, purposefully, looking visibly uncomfortable. He reveals that Kristy’s single vote was from him and “for what it’s worth I think we should give her another look.”

“Esposito”, says another panellist, flicking through her notes. “that was the…. shoplifter” she states, matter-of-factly. Jimmy pauses for a moment, looking disappointed.

“The shoplifter? … yea, that’s right. I mean, her grades are good. […] And her recommendations are solid. And yea, she’s had some trouble, but she was new in town and she made some bad choices and that was sophomore year. She’s had two really strong years since then. […] And my point is that maybe someone who’s been in trouble, someone who doesn’t have a perfect record, you know, who’s made mistakes and faced the consequences, maybe she’d bring something that the others don’t. I think that deserves real consideration.”

For a moment, there is a sense that Jimmy’s intervention may have got through to the panellists, as the chair calls a revote. But in the next shot, we see Jimmy catch up to Kristy outside the office, telling her the bad news: she didn’t get the scholarship. He then delivers an impassioned speech explaining that she was destined to be turned down, that she was invited to interview as tokenism and that she will always be “the shoplifter” to the people on the panel.

I’m not going to pretend to know anything about the criminal records system in New Mexico, where the show is set, but I do know something about the system here. Jimmy’s disagreement with the interview panel is mirrored in a debate that’s been raging in the UK for a long time.

In the UK we have a pretty harsh system of criminal records disclosure. The courts, some charities and politicians have called for reform. These critics, much like Jimmy, say that the current system fails to take account of the person’s age at the time of the offence (“she was in sophomore year”), whether or not there’s evidence they are still a risk of offending (“she’s had two good years since then”), the seriousness of the original offence (“the shoplifter”), and any contextualising circumstances, (“she was new in town”).

In theory, we have a great system for allowing people the opportunity to move on from their past. The Rehabilitation of Offenders Act says that people must only declare or disclose their convictions for a period of time known as a “rehabilitation period”. After this, the logic goes, if they’ve not reoffended, then the rehabilitation period comes to an end and they’re no longer considered an offender – the conviction is considered to be “spent”. However, a huge number of jobs and even courses of education are exempt from this system. Every job that requires either a standard or enhanced criminal records check, known as a DBS Check, is exempt. More than 4,250,000 such checks were completed in the 12 months ending October 2017, according to the government.

If you need such a check for a job application, and you have a conviction, then whether or not it is spent becomes irrelevant. In standard and enhanced checks, the only time that your convictions will not be disclosed is if they’ve become “protected” under the government’s Filtering Rules. However, by the government’s account, only 12% of childhood convictions are protected in this way. The vast majority will never qualify and will therefore be disclosed until the applicant’s 100th birthday.

And here’s the real problem. Jimmy’s exasperation at his co-panellist dismissively labelling a talented, educated young applicant with strong support from her referees as “the shoplifter” gets to the heart of this issue. The government has argued that it’s for employers to look at a person’s history and decide whether or not their convictions are relevant and should disqualify them from the post. Thus justifying the tendency towards disclosure. But, as Jimmy’s panel so eloquently showed, this is unlikely to ever really work. Employers are risk averse by their nature, and if there’s one thing we can learn from millennials’ apparent constant complaining, it’s how hard it is to find meaningful work due to an abundance of qualified applicants. The point is that employers may talk the talk on employing people fairly, but it is impossible to separate tokenism from genuine consideration. The stats highlight this point. A YouGov survey completed in 2018 found that 50% of employers “would not consider” employing an ex-offender.

The DBS have issued guidance to employers, in an attempt to prevent outright dismissal of people with convictions. However, in July this year the Supreme Court stressed their concern at the lack of oversight the DBS has of employers. They noted a National Audit Office report that stated that:

"There is no check on what employers have done with the information provided by DBS. Government does not know how many people this information prevented from working with children or vulnerable adults."

The result, inevitably, is that Jimmy’s scholarship panel is a constant reality in the UK. Many people with convictions will experience tokenistic consideration or dismissal, in spite of their young age, successful rehabilitation, mitigating circumstances or otherwise strong candidacy for the position.

Fortunately, there are signs that change is on the horizon. Theresa Villiers MP last week raised the issue in Parliament and secured a second reading of her private member’s bill to reform the system. In addition, judgement is awaited from the Supreme Court in a landmark case that may well lead to meaningful reform.

In the meantime, it’s up to practitioners in this area to do what they can to navigate the system and help people struggling to overcome their convictions to move on with their lives. This is why Just for Kids Law has produced a comprehensive guide for professionals on the criminal records system, in the hope that until the system is improved, we can mitigate the unnecessary damage it is doing.

Alex Temple is a Trainee Solicitor at Just for Kids Law. His traineeship is funded by the Legal Education Foundation.

This article was originally published on OpenDemocracy. It was published under a Creative Commons Attribution 4.0 International licence, and is reposted under these terms.

Photo by Aaron Mello on Unsplash

A new handbook published by Just for Kids Law highlights the inequities and contradictions of the UK criminal records system, offering clarity and insight to practitioners in navigating this topic.