On Monday 2nd March, the Children’s Rights Alliance for England (CRAE) held a reception in the Houses of Parliament to celebrate 30 years since the UN Convention on the Rights of the Child (CRC) was adopted by the UN. We are grateful to the Department for Education (DfE) and the new Children’s Minister, Vicky Ford MP, for hosting the event which we organised jointly with the Equality and Human Rights Commission (EHRC) and Unicef UK.

This important treaty marked the first time that children all over the world were given their own set of binding human rights covering every area of their lives: from their right to be free from poverty and their right to education and play, to their right to be free from violence and have their views and opinions taken seriously. The evening was a celebration of these important rights for children. We looked back at the progress we have made since 1989 but also took stock of what still needs to be done to ensure all children have these rights fulfilled.

We were thrilled to have around 130 people to help us celebrate, including MPs and Peers  across the political spectrum, CEOs from the children’s voluntary sector (CRAE’s members), academics, officials from across Whitehall and young people. Attendees, including former Children’s Minister Tim Loughton MP pledged their support for children’s rights on social media. Check out the hashtag #CRC30 to see them all! 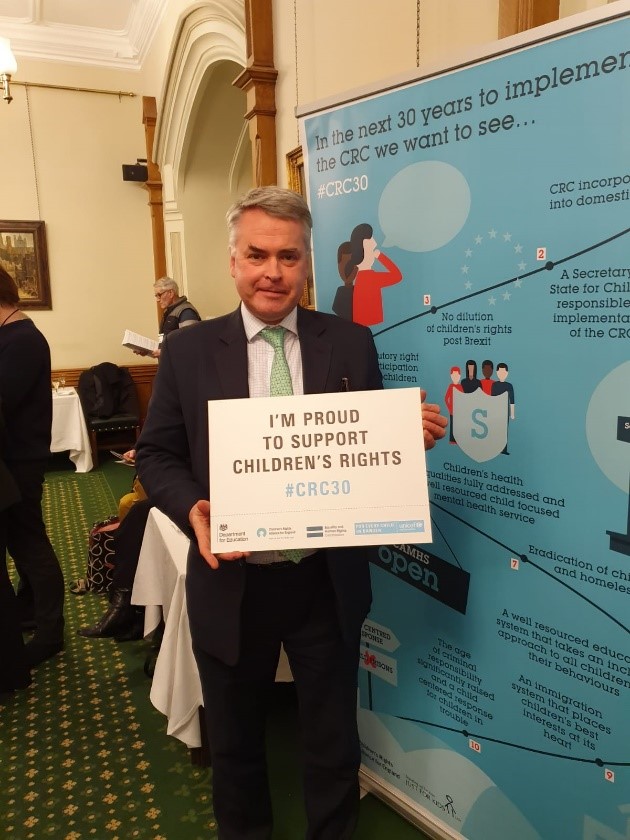 We heard speeches from the Children’s Minister who pledged her support for the CRC and children’s rights and highlighted progress the DfE have made on embedding the CRC across Government. This includes a Children’s Rights Impact Assessment template and training for civil servants on children’s rights produced in collaboration with CRAE and other members of the CRC action stakeholder group last year. 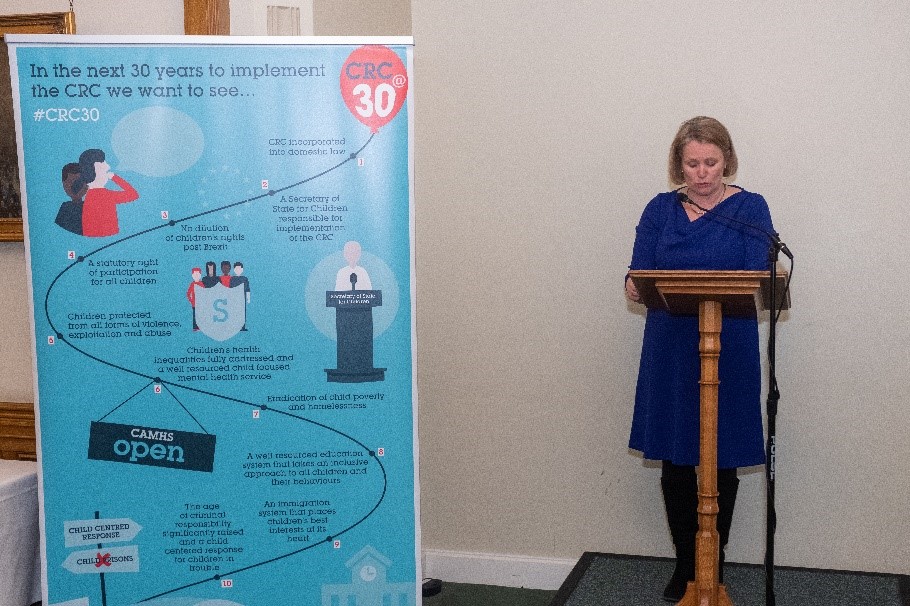 Next up, we were delighted to hear from the former Shadow Children’s Minister, Steve Reed MP who called for the CRC to be incorporated into domestic legislation. He also highlighted that work still needs to be done to realise children’s rights in a number of areas, for example rising child poverty, school exclusions and mental health problems among children. Liberal Democrat Education spokesperson Layla Moran MP was also due to join us but unfortunately had to cancel due to illness. 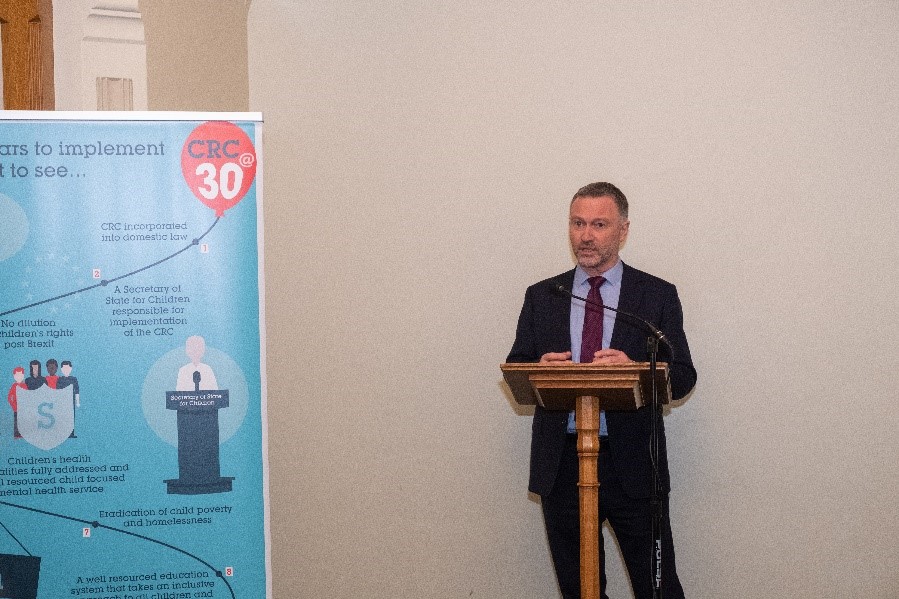 Steve Reed MP was followed by Anne Longfield OBE, the Children’s Commissioner, whose post, created in 2004, to ensure children’s rights are upheld, is required under the CRC. She urged those who are making decisions about children to ensure they are speaking to children of all backgrounds to ensure their voices are heard.

We also heard from CRAE’s Director and Just for Kids Law Policy and Campaigns Director, Louise King, who highlighted  progress we have made since 1989, such as the introduction of the 6 week legal limit for children being held in B&Bs, and important reviews such as the Timpson review on reducing school exclusions and the Lammy review into Black, Asian and minority ethnic (BAME) children in the criminal justice system. Nevertheless, she emphasised that we can't afford to be complacent - children are still living stuck in cramped B&Bs and spending the night in police cells, and BAME children and children with special educational needs and disabilities (SEND) are being disproportionately excluded from school. But she ended her speech on a positive note, that CRAE remains optimistic that children can still have the childhood set out in the CRC 30 years ago if we all work together to better implement the CRC and the rights set out in it. 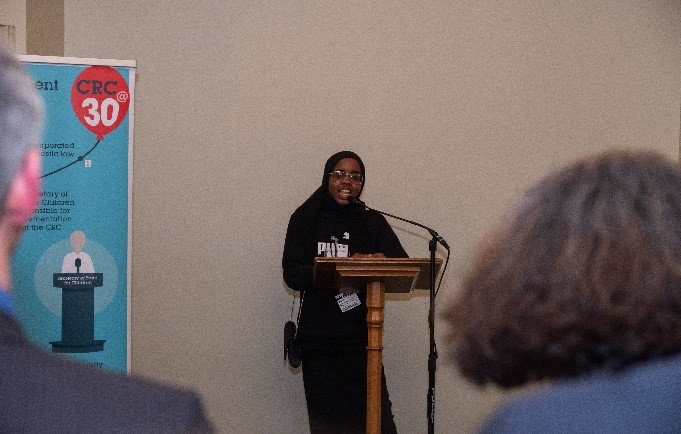 Finally, Fowzia and Siham, young campaigners from our Change it! group spoke powerfully about their experience of having their rights breached and the importance of Article 12 of the CRC for having their voices heard in the policy making process. They also spoke about the life changing experience of going to the UN and giving evidence to the CRC Committee on children’s views of how well the UK was implementing the CRC when the UK was last examined by the Committee in 2016.

One of the young people that so bravely spoke 🤩 #CRC30 pic.twitter.com/FfQv48rWoI

Along with other members of the group, they ran a stall on their recent campaign to end the use of temporary accommodation for homelessness families. They quizzed MPs on the true scale of the problem and urged attendees to sign postcards to get the Minister to take action! 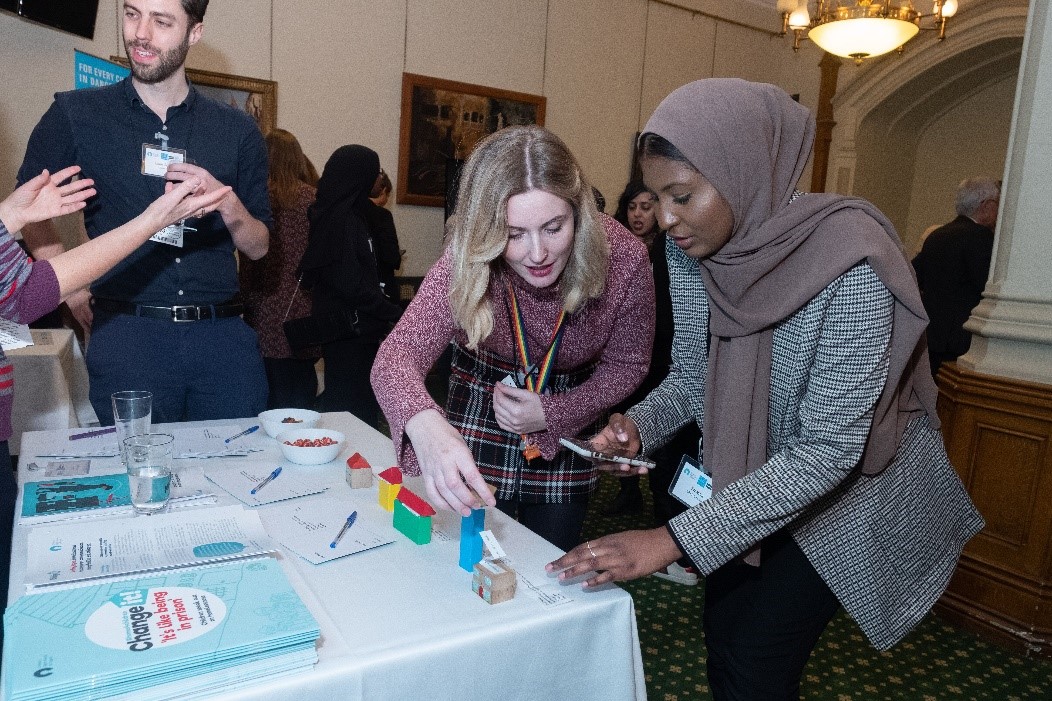 As we embark on another 30 years of the CRC, CRAE and our host partners will be working with those who attended the event from across parliament, Whitehall and the voluntary and academic sector to ensure that the vision of childhood set out in in the CRC in 1989 becomes a reality. 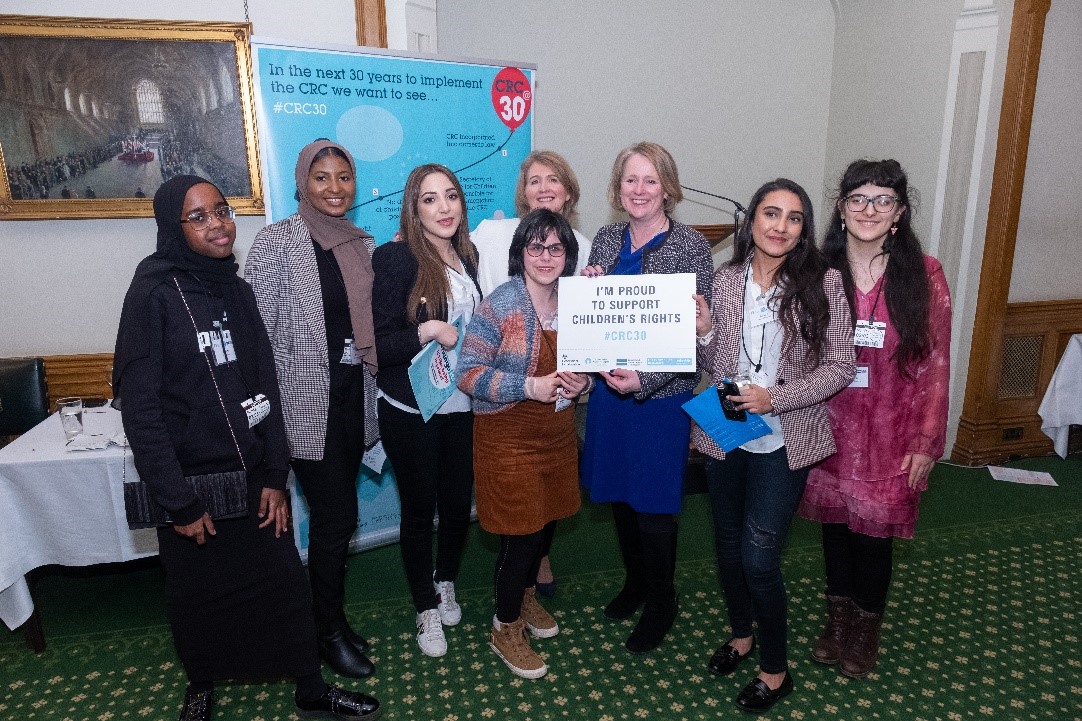