In a landmark judgment, the Supreme Court has ruled the disclosure of youth reprimands to future employers to be incompatible with human rights legislation, a decision that could benefit thousands of children issued with youth cautions every year.
30 Jan 2019 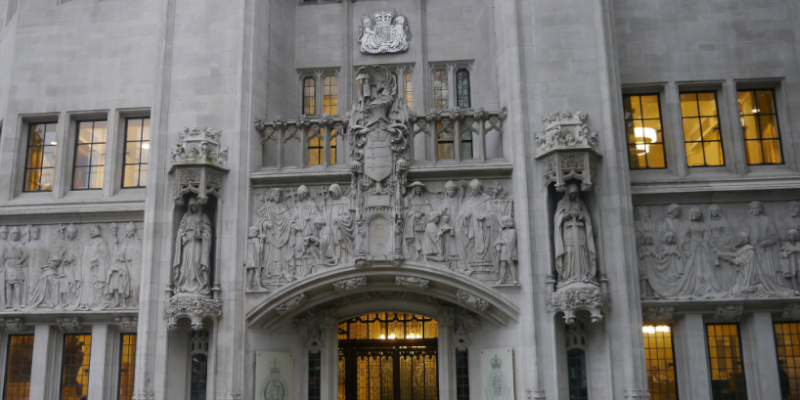 In a landmark judgment, the Supreme Court has ruled the disclosure of youth reprimands to future employers to be incompatible with human rights legislation, a decision that could benefit thousands of children issued with youth cautions every year. Upholding a 2017 ruling by the Court of Appeal, the Supreme Court found that the disclosure of youth reprimands on DBS forms was “directly inconsistent” with their intended purpose as a diversion from the criminal justice system.

The case was brought by the children’s charity Just for Kids Law (JfKL), represented by Tim Owen QC of Matrix Chambers and Quincy Whitaker of Doughty Street Chambers, on behalf of a young person who was challenging the policy of disclosing records of reprimands he received when he was 13 years old. Under current law, these reprimands will appear on standard and enhanced DBS checks until he is 100 years old. JfKL argued that this policy fails to treat children differently to adults and contravenes Article 8 of the European Convention of Human Rights, with such disclosure being disproportionate and unnecessary since reprimands, final warnings (and youth cautions, which have replaced reprimands and final warnings) should be primarily a rehabilitative measure, and not a punishment for life.

“We are delighted that the Supreme Court has upheld the decision of the Court of Appeal in favour of our client and are proud to have secured a landmark judgement that will benefit thousands of children issued with cautions each year, a shockingly disproportionate number of whom are from Black and Minority Ethnic backgrounds.

“Our client should never have been given a criminal record that stays with him for life. This judgement makes clear that the disclosure of reprimands and cautions, the legal equivalent of a slap on the wrist, is disproportionate and damaging to the future rehabilitation of children, preventing them from moving on from their past. A parliamentary inquiry reached the same conclusion nearly two years ago when it stated that children were being unfairly denied a second chance.

Christopher Stacey, co-director of Unlock, who intervened in the case, said:

“We welcome today’s judgment by the Supreme Court. Unlock intervened in this vital case to help the court understand the importance of the issue and we are pleased that it has ruled that the criminal records disclosure scheme as it applies to multiple convictions and childhood warnings/reprimands was found to be disproportionate. This is an important ruling which stands to affect many thousands of people with old and minor criminal records who have been unnecessarily anchored to their past.

“Today is a crucial step towards achieving a fair and proportionate filtering system that takes a more calibrated and targeted approach towards disclosing criminal records. Recent reviews by the Law Commission, Justice Select Committee, Charlie Taylor and David Lammy MP have all called for the need to look at the wider criminal records disclosure regime. It is now time for the government to act. We strongly urge the government to take prompt and considered action on the filtering system, as well as committing to carrying out a fundamental review of the wider criminal records disclosure regime.”

This judgment is the latest in a number of landmark rulings secured by the Just for Kids Law strategic litigation team, whose work has previously led to changes in the law on joint enterprise, the holding of children in police cells, and the eligibility of young migrants for student finance.

For legal analysis of the case, see this blog post from Jennifer Twite, Head of Strategic Litigation at Just for Kids Law, and this legal update from YJLC.