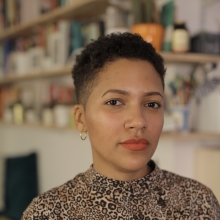 Prior to joining Just for Kids Law, Sophie was a Programme Manager for an education charity and has worked with children and young people, or in education, since 2010.

Outside of Just for Kids Law, Sophie is a Councillor in Hackney where she chairs the council’s Children and Young People Scrutiny Commission.

In her spare time, Sophie enjoys watching the tennis - Wimbledon in particular. She also enjoys cooking and baking.